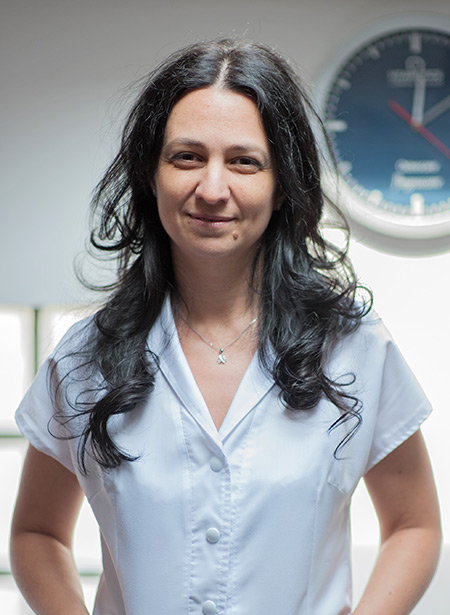 Dr. Maria Magdalena Manolea graduated the Faculty of General Medicine at the University of Medicine and Pharmacy of Craiova, class of 2000. Currently she is primary care practitioner in the specialty of Obstetrics & Gynecology at the Maternity Department of the Filantropia Hospital of Craiova. 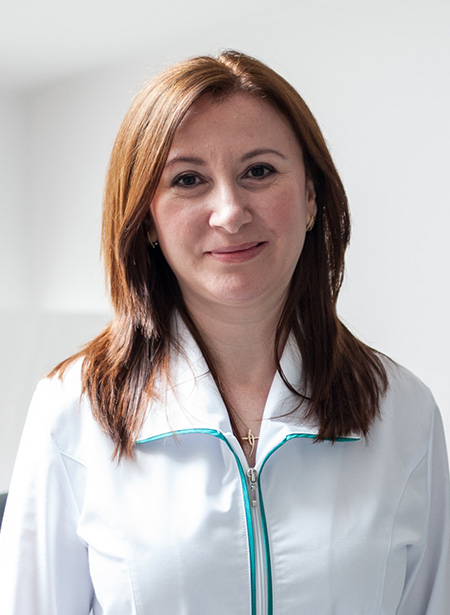 Galiceanu Anca-Florentina is a medical assistant from 1996. She is a person with great listening skills and an active, responsible, patient, and empathetic communicator..

The services we provide are:

The best moment for a gynecological examination is as soon as possible after the end of menstrual bleeding. The breasts and ovaries are no more sensitive to palpation and there is no menstrual blood that might alter the Pap smear test or other investigations carried out to diagnose genital pathologies.

It is important that 24 hours prior to presenting to the gynecologist you do not have a vaginal douching, do not insert anything into the vagina (vaginal ovules, creams, tampons) and do not have sexual intercourse, as this may alter the results of any tests, thus making it difficult to establish a precise diagnosis. If you are under a treatment that involves the use of substances to be introduced into the vagina the best thing is to ask your doctor which is the best behavior to follow.

The anamnesis (discussion with doctor) is the first step in trying to establish a diagnosis. It is comprised of questions about your personal and your family's medical and obstetrical history (previous and current pathologies, surgeries, pregnancies, births, abortions). It is good to tell your doctor about any treatment you may have, even if it is homeopathic.

You will also be asked about your sex life and about menstruation. It is important to answer openly to these questions, even if they are sometimes embarrassing. These aspects can be at the origin of your problems. 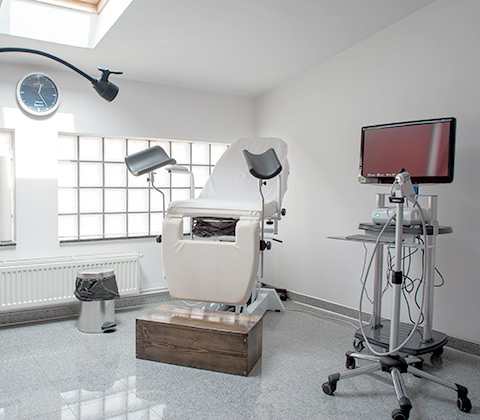 The prenatal consultation means the consultation given to the pregnant woman and it is a major element in reducing maternal and fetal risk as well as in identifying a pregnancy with a high obstetric risk.

The purposes of the prenatal consultation are: the functional verification of the maternal organs that will be overloaded by pregnancy; the supervision of pregnancy and the detection of risk factors in order to prevent obstetric complications; the management of the hygiene conditions of the pregnancy; the physical and mental preparation for birth.

The infertility consultation refers to the consultation of couples who fail to get a pregnancy, where an evaluation of both partners is recommended in order to determine the cause of infertility. Despite all investigations, in a significant percentage of cases (up to 15%), the cause of infertility cannot be identified. An effective assessment begins with reviewing the medical history of the couple and continues with a medical examination and specific investigations.

We also offer counseling services on family planning, contraception or menopause as part of the specialist consultation.

Colposcopy is a simple noninvasive and painless procedure performed in our medical office by a gynecologist specialized in the field and it is the examination of the cervix and the vagina by means of a special magnifying instrument called a colposcope. 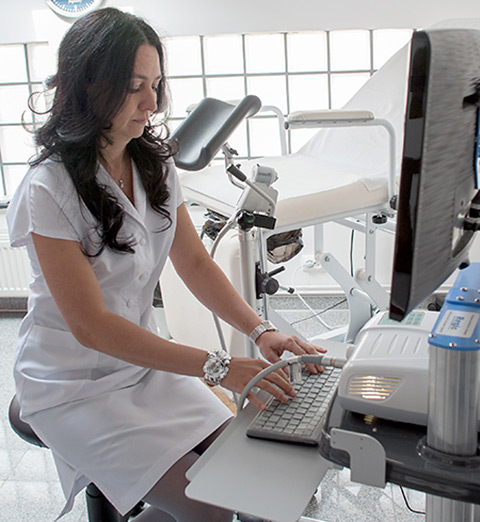 Vulvo-colposcopy is the imaging investigation of vulvar, vaginal and cervical inspection.

The colposcope is a stereoscopic, binocular microscope with highly focused light equipped with a mini-camera with which the images are recorded; the investigation is non- irradiante and it does not require anesthesia or hospitalization.

The primary objective is to identify cervical pathology with evolutive potential, allowing the visualization of lesions that cannot be seen with the naked eye, thanks to the magnifying glass that magnifies the image up to 60 times; it also allows the sampling of tissue for histopathological examination when cervical lesions are identified

Videocolposcopy has the advantage of processing the acquired images and transmitting them to the monitor so that the patient can view them in real time; images can be saved, stored and reviewed later to decide on the therapeutic attitude and to track the evolution of lesions over time.

The examination of the cervix by colposcope consists of 3 consecutive phases:

2. examination after application of acetic acid solution in order to remove the mucus with which the cervical mucosa is covered;

These applications are meant to highlight areas with atypical transformations that are colored differently from normal ones. If modified areas are detected, a biopsy sample is collected for the histopathological examination, which will diagnose the certainty of precancerous or cancerous lesions. If tissue sample is required from the inner part of the cervix (endocervix), endocervical curettage should be performed using the curette (if the entire lesion is not visualized during the colposcopy).

Is the diagnostic imaging technique based on the application of ultrasound and it can be performed either endovaginal or transabdominal.

Transvaginal ultrasound has multiple advantages in gynecological examination and in obstetrical examination in early pregnancy due to the high frequency sound equipment that has a higher resolution than the one used in transabdominal examination, and to the proximity of the transducer to the examined area, which allows it to show finer details. 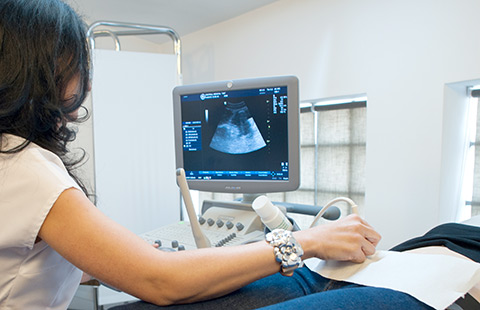 It is performed with a special ultrasound probe inserted into the vagina, allowing the visualization of the internal genitalia (vagina, uterus, uterine tube, ovary, endometrium, urinary bladder) or of an incipient pregnancy.

The patient overlooks its progress in real-time and receives explanations from the doctor; it is a noninvasive, painless and non- irradiante method that does not require hospitalization or anesthesia. It can be carried out and repeated as many times as needed, with no restrictions or contraindications.

It facilitates the diagnosis of many diseases:

An important feature of the transvaginal examination is represented by the color Doppler and the power Doppler examinations, which allow the fine study of the pelvic vasculature thus increasing the accuracy of the diagnosis and opening new perspectives in the study of obstetric and gynecological physiology and pathology.

Real-time screening has the advantage of confirming fetal viability by showing fetal cardiac activity, respiratory movements and active movements of the embryo or fetus.

In the first trimester of pregnancy, when transabdominal examination cannot gather sufficient data, or when the resolution does not allow for fine details, especially in the case of obese pregnant women or with important retroverted uterus, but also if it is intended to highlight details of embryonic development, transvaginal examination can be used, as it offers a considerably higher resolution

The first ultrasound examination in pregnancy can be performed early in the 5th week of gestation. At this point, the purpose of the ultrasound is to confirm the presence of pregnancy, to establish pregnancy localization (intrauterine or extrauterine) and to confirm signs of pregnancy evolution (presence of the yolk sac, of fetal pole and of fetal heart beats).

Subsequently, the ultrasound in the first trimester of pregnancy::

Ultrasound in the second trimester of pregnancy::

Ultrasound in the third trimester of pregnancy::

Transvaginal ultrasound is generally used early during pregnancy to determine gestational age or to detect an ectopic pregnancy; in the 2nd and 3rd trimesters, the transvaginal ultrasound is used to determine the location of the placenta (e.g. placenta praevia), or to measure the length of the cervix in the case of preterm birth risks pregnancies. 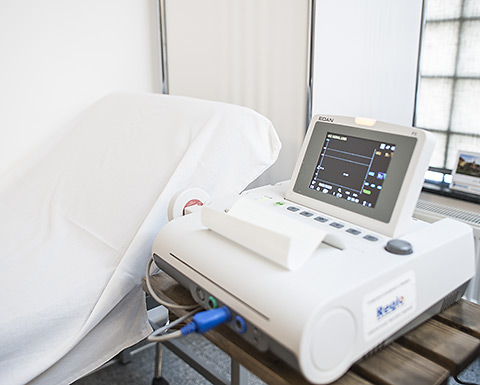 Cardiotocography (CTG) consists in the simultaneous recording of the fetal heartbeats and the uterine activity by means of a cardiotocograph.

External CTG is non-invasive and it is the most widely used method in the world. A transducer (tocodynamometer) is placed on the maternal abdomen a few centimeters from the uterine cervix and it is strapped around the patient with an elastic band, neither too loose nor too tight. This records the uterine activity. The second transducer is placed on the left or the right side of the mother's abdomen depending on the fetal back and it records the fetal heart rate detected by an ultrasound sensor which consists of a transmitter and a receiver and which require application of conductive gel on the surface so that ultrasounds are transmitted to the transducers.

The data are recorded by the cardiotocograph which release a graphic record called cardiotocogram. For an accurate CTG assessment a recording of minimum 20 minutes is required and the mother should not be on empty stomach.

By cardiotocography, an examination whose result is similar to an ECG trace, the physician can assess the presence/absence of fetal distress. 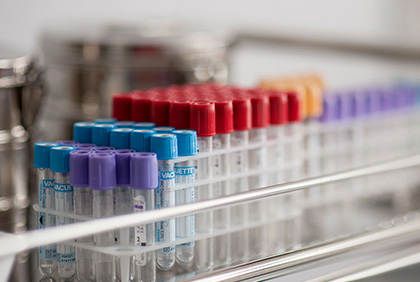 It is also called cytotumoral cervicovaginal test, and it is widely used for early detection of cervical cancer. Cervical cancer is the final stage of a long (2-15 year) period of gradual transformation of cervical mucosal cells, period during which these cells will evolve through a series of intermediate stages from healthy to dysplastic and subsequently to intra-epithelial (in situ) cancer, up to invasive cancer. Except for the latter stage, none of these stages is symptomatic and thus it usually isn't visible during a current clinical examination. To prevent the appearance of cancer, it is essential that cellular changes to be detected in the dysplasia phase. The most widely used, noninvasive, painless and inexpensive test is the Pap test.

Sampling is a simple maneuver that is performed in the our medical office in gynecological position, after intravaginally inserting a speculum or two valves, anytime outside of the menstrual period. The endo and exocol cells are harvested using a soft brush in order to be analyzed under the microscope in the laboratory. It is correct that this exam to be performed annually, from the start of sexual life until the age of 65 years. The system of reporting/interpretation of the results is represented by the gradation from I to V and the Bethesda system.

Cervical biopsy is indicated in macroscopic ulcerative or tumoral lesions or in situations with suspicious colposcopic aspects and cytological changes during the cytotumoral examination. 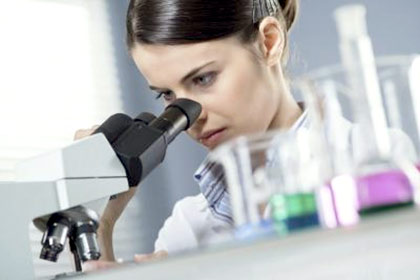 Endometrial biopsy involves harvesting intrauterine material for pathological examination in order to assess the diagnosis and the therapeutic schemes in various disorders.

It is indicated in dysfunctional uterine bleeding (metrorrhagia), uterine tumors (leiomyoma, endometrial neoplasia), sterility of hormonal origin (for assessing the maturation of the endometrium during the period), genital tuberculosis, adenomyosis.